Be a Canadian immigrant 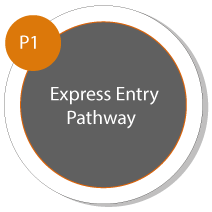 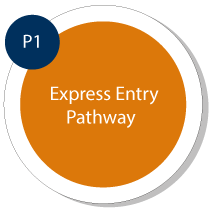 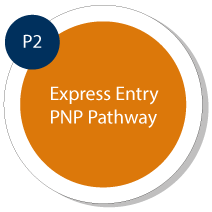 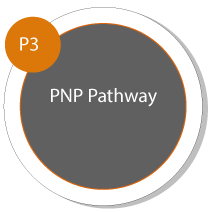 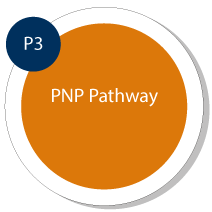 January was a busy month for Canada’s Provincial Nominee Programs, notably those aligned with the federal Express Entry system.

The two Express Entry draws conducted by the Government of Canada in January were complemented by the opening of five Express Entry-linked Provincial Nominee Program (PNP) streams over the course of the month.
Express Entry candidates with a provincial nomination get an additional 600 points toward their Comprehensive Ranking System (CRS) score, putting an invitation to apply for Canadian permanent residence well within reach.

British Columbia The British Columbia Provincial Nominee Program (BC PNP) conducted four draws in January, issuing invitations to apply for provincial nomination to candidates in its Express Entry, Skills Immigration and Entrepreneur streams. Two of the draws were conducted exclusively through the BC PNP’s Tech Pilot initiative, which supports the province’s technology sector in its efforts to recruit talent.
Invitations to apply for a provincial nomination were issued to an undisclosed number of candidates in BC’s Express Entry Skilled Worker and International Graduate categories.
In order to be considered under BC PNP Express Entry categories, most candidates must have an indeterminate, full-time job offer from an employer in the province who is willing to support them through the application process. The only exception to this rule are candidates in the Express Entry International Post-Graduate category.

Manitoba On January 11, the province of Manitoba issued 155 Letters of Advice to Apply through the Manitoba Provincial Nominee Program (MPNP)’s new Express Entry pathway. This was the first time that Manitoba has made use of the pathway, which it unveiled as part of a sweeping overhaul of the MPNP in November 2017.
To be considered under this immigration pathway, candidates must have a valid profile in both Manitoba’s Expression of Interest (EOI) pool and the federal Express Entry pool. They also need at least six months of recent experience in an occupation on Manitoba’s new In-Demand Occupation list, high so-called human capital values, and the confirmed support of a close friend or relative who has been a resident of Manitoba for at least one year.
For more information on eligibility requirements, click here.

Saskatchewan The day before the Manitoba draw, Saskatchewan opened its first-come, first-served International Skilled Worker – Express Entry sub-category to 400 applications. This Saskatchewan Immigrant Nominee Program (SINP) sub-category does not require a job offer or a connection to Saskatchewan. Instead, it enables the SINP to nominate individuals in the Express Entry pool with in-demand work experience and the qualities deemed necessary for settling successfully in Saskatchewan.
For more information on the minimum eligibility requirements, please consult this page.

New Brunswick The Maritime province of New Brunswick on Canada’s East Coast briefly opened its Express Entry Labour Market Stream to skilled workers with work experience in Information Technology-related fields, among others, who had attended one of the New Brunswick Provincial Nominee Program (NBPNP)’s international information sessions.
This stream is linked to the federal Express Entry system and interested applicants are required to submit an Expression Of Interest (EOI) to the NBPNP.
The opening closed to the targeted applicants the next day, but remains open to EOIs from individuals currently working in New Brunswick or individuals with a job offer from a company in New Brunswick. The NBPNP will also continue to accept EOIs from candidates whose first language is French and who have experience in one of the following 10 priority occupations:
• NOC 2173: Software engineers and designers
• NOC 2171: Information systems analysts and consultants
• NOC 2281: Computer network technician
• NOC 2172: Database analysts and data administrators
• NOC 2174: Computer programmers and interactive media developers
• NOC 6322: Cooks
• NOC 0631: Restaurant and food service managers
• NOC 1311: Accounting technicians and bookkeepers
• NOC 0311: Managers in health care
• NOC 6211: Retail sales supervisors

Prince Edward Island Last but not least, New Brunswick’s maritime neighbour Prince Edward Island introduced a number of significant changes to its provincial nominee program, the PEI PNP, including its Express Entry category.
Applicants to all PEI PNP streams and categories must now follow a three-step process that begins with the submission of an EOI. Submitting an EOI is not an application, but rather a way of indicating that you would like to be considered for PEI PNP Express Entry.
EOIs under the Express Entry category and others in the PEI PNP are also now ranked according to a new points grid that awards candidates’ points based on age, language proficiency, education, work experience, employment and adaptability up to a maximum of 100 points.
There are two pathways to permanent residency through the PEI Express Entry Category, depending on if an applicant has a job offer in PEI or not. While the points grid is essentially the same for candidates in both pathways, work experience and employment are weighted differently.
Ref: www.cicnews.com
HELPLINE
017 666 666 73,  017 666 666 74

Send Your CV for free Assessment

Developed by Gateway IT